“Get to know us better” – Malena D’Elia Otero (Brazil)

“Get to know us better” – Malena D’Elia Otero (Brazil)

Get to know your national representatives – first up is Malena from Brazil.

Malena is a PhD student at Campinas State University who has been inspired by large landslides and floods disasters in South Brazil.

She shares her experiences working in industry and research including her perspectives on being a woman in a male-dominated profession.

How and why did you get interested in engineering geology?

In 2008, during my second year at the university, I got very impressed with landslides and floods disasters that happened in South Brazil, in Vale do Itajaí region, as a result of a very intense rain event. In 2011, another similar disaster happened in Rio de Janeiro. From that moment, I knew that I wanted to do something related to engineering geology. 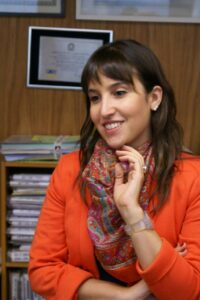 I completed my undergraduate degree at University of São Paulo (USP) in December/2011. I defended my master last year (September/2020) at Campinas State University (UNICAMP), where I am currently a Ph.D. Student.

Who have/has been your most inspiriting mentor/supervisor (men and women)?

There are two women that impacted my professional life very positively and to whom I’m very grateful: Marilda Tressoldi was my first women boss. I’ve learnt a lot of technical issues with her but I also learnt how to occupy a space in a very masculine working field. The second one is my supervisor, Professor Ana Elisa Silva de Abreu. We’ve been working together since my masters degree. She is both an engineer and a geologist so I learn a lot when working with her. She has high standards and that makes me go further than I would normally go. Working with her makes me feel that we are doing serious and good science.

If you did a thesis, what was your thesis topic?

My master thesis was about using inertial sensors to detect landslide impending failure signals. I worked in laboratory, simulating landslides and monitoring them. My Ph.D. research is a continuity of my master research however I plan to install sensors in real conditions.

Where there any/many other women in your university classes? 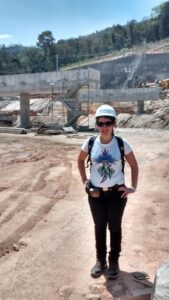 With what companies/organizations did you (have you) worked?

I have worked for five years after I graduated at Themag, which is the first Brazilian infrastructure design company. After that, I started my master course in full time dedication, at Campinas State University (UNICAMP). Now, I’m a Ph.D. student at UNICAMP and I’m also a guest researcher at the Institute for Technological Research (IPT).

What are your main areas of interest within engineering geology?

What were (have been) the most memorable projects you’ve been involved with?

When I was working at Themag, I have the opportunity to be part of the designing team of a submerged tunnel. There are no submerged tunnels built in Brazil so designing the first one was very exciting, also because I worked with some field investigations that I have never worked before.

But now I’m also very excited with my Ph.D. research because I will install some new sensors in landslide prone slopes. Landslides cause a lot of causalities every year, so researching technologies to prevent landslide effects fulfills me. 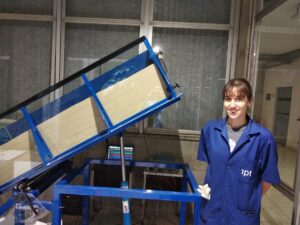 Have you been in IAEG or your local young group?

Yes, I am affiliated to the Brazilian Engineering and Evironmental Geology Association (ABGE) and I am also a member of ABGE Jovem, which is ABGE’s young members group. I’m involved in the communication group.

Have you won any awards (honours) for your technical achievements or your contributions to your profession?  If so, what were they?  Any other notable achievements?

I haven’t won any award yet 😉.

I feel very honoured to have been elected to represent ABGE Jovem at IAEG Young Members.

What is it like being a woman in a man-dominated profession?

It’s very challenging. In my experience, we, women, are constantly evaluated and misjudged. We have less room to make mistakes and overcome them. In my early professional days, it was very normal to be called “the girl” and to be treated like a little girl. As women, we need to put more effort on making our voices heard and respected. Conferences are still dominated by men and it’s normal to attend meetings where there are no women in leadership positions. I’m happy to see that women participation is increasing (for example: at ABGE Jovem, a larger number of women is actively engaged in action plans compared to men). However, there is still a lot of work to be done to achieve a more gender equal society. 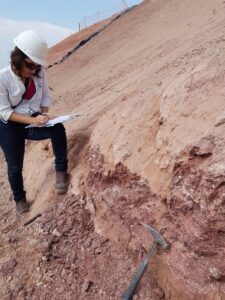