“Get to know us better” – Anika Braun (Germany)

“Get to know us better” – Anika Braun (Germany)

Next up in the ‘Get to know us better’ series is Anika Braun from Germany. Anika completed her PhD in nanoparticle transport in saturated soils under the supervision of the current IAEG president Prof. Rafig Azzam, and is now working on larger types of mass movements. She is motivated by the role engineering geology plays in tackling some of the effects of global warming and making the transition into a low-carbon future. 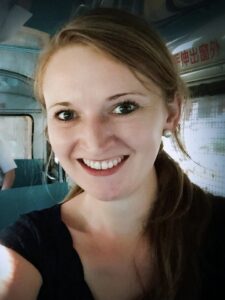 How and why did you get interested in engineering geology?

I first got interested in engineering geology when I mapped rock falls at the Spanish coast for my Bachelor thesis. I have been excited about working at the interface between geology and human activities ever since, making this geologically active planet safer for us to live in. With the big challenges we are facing, now even more than ever, I am motivated by the role engineering geology plays in tackling some of the effects of global warming and making the transition into a low-carbon future.

I studied georesources management at RWTH Aachen, Germany, from 2005 to 2010. There, I also obtained my PhD in 2015 under the supervision of Prof. Rafig Azzam, who we all know now as the current president of IAEG.

Who have/has been your most inspiriting mentor/supervisor (men and women)?

I owe a lot to Tomas Fernandez-Steeger, who supported my career in the early Aachen days, and encouraged me to get involved in the scientific community and attend conferences early on. He is my most valuable resource of geotechnical and data analysis knowledge on top of this. He is still supporting me as my current supervisor at TU Berlin.

Christoph Grützner got me excited about science communication and drones. I sometimes write as a guest author on his blog paleoseismicity.org. Christoph is also an amazing scientist.

I hope here in Germany we will have more female engineering geology role models in the future.

If you did a thesis, what was your thesis topic?

I worked on mass movement topics for my Bachelor’s and Master’s theses. Somehow, I ended up doing my PhD thesis on the topic of nanoparticle transport in saturated soils, which is maybe a bit like a very small kind of mass movement? Now I am back to working with larger types of mass movements.

Were there any/many other women in your university classes? 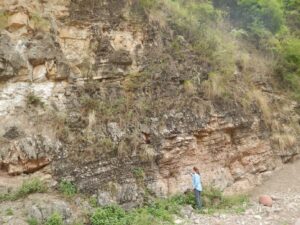 We started out with around 30% women and ended with about 20% in the Master’s program.

With what companies/organizations did you (have you) worked?

So far, I have mainly worked in the academic field, starting at RWTH Aachen, doing a PostDoc with the Chinese Academy of Sciences in Beijing, and now working as a lecturer at TU Berlin, Germany.

What are your main areas of interest within engineering geology?

I am interested in geohazards, particularly mass movements. I love to work with GIS and spatial data analysis, but I am also interested in numerical modeling as well as drone based terrain modelling and monitoring techniques.

What were the most memorable projects you’ve been involved with?

I have probably made the most memorable field experiences in China, where I worked on different landslide cases in the Sichuan and Yunnan countryside. I also got the chance to participate in several field trainings in the epicentral area of the Wenchuan 2008 earthquake, where we studied some of the largest known coseismic rock avalanches, landslides, and landslide dams.

Have you been in IAEG or your local young group?

I have been involved in the IAEG community since the 2014 International Congress in Torino. Here in Germany, we have a young group of the German Geotechnical Society (DGGT), where I have the honor of representing the young engineering geologists.

Have you won any awards (honours) for your technical achievements or your contributions to your profession?  If so, what were they?  Any other notable achievements?

I have won two poster awards as a student.

What is it like being a woman in a man-dominated profession?

Although I have been told in the beginning that geology was not for women, I have to say that I was very lucky to have been (net)working in very respectful and encouraging environments so far, in spite of often being the only woman (I might have an advantage because I really like beer).

Here in Germany, we only have around 8.5% women in the local group of IAEG. However, the current student enrollment numbers of up to 40% females, as well as the many brilliant women in my generation or younger, make me optimistic that this is about to change soon. I hope we can maintain this trend and finally pass it on to the more senior career levels. In the meantime, I believe it could not harm to reflect on how we could make engineering geology a bit more inclusive. It begins with small things, such as planning toilet breaks during field trips or fostering a culture less focused on alcohol. 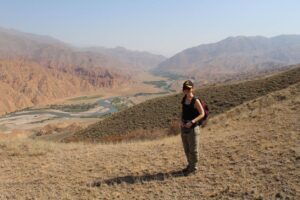 Is there anything else you would like to add?

Thank you for the opportunity to being featured in the “Get to know us better” series.